Namibia is about 20 times the size of the Netherlands, but there are around 2.3 million people living there. It is a very sparsely populated country with mainly a desert climate.

You will experience this for yourself during this ‘tour’ through Namibia !. You will mainly drive through dry, arid and vast landscapes, often without encountering another car! What an experience! During this fascinating journey you will visit the many highlights of Namibia. The highlights are scattered throughout the country and the distances are long. Along the way you will come across a village every now and then. Therefore always ensure a full tank, enough water and something to eat. And especially enjoy the peace, freedom and the view!

Get in the mood 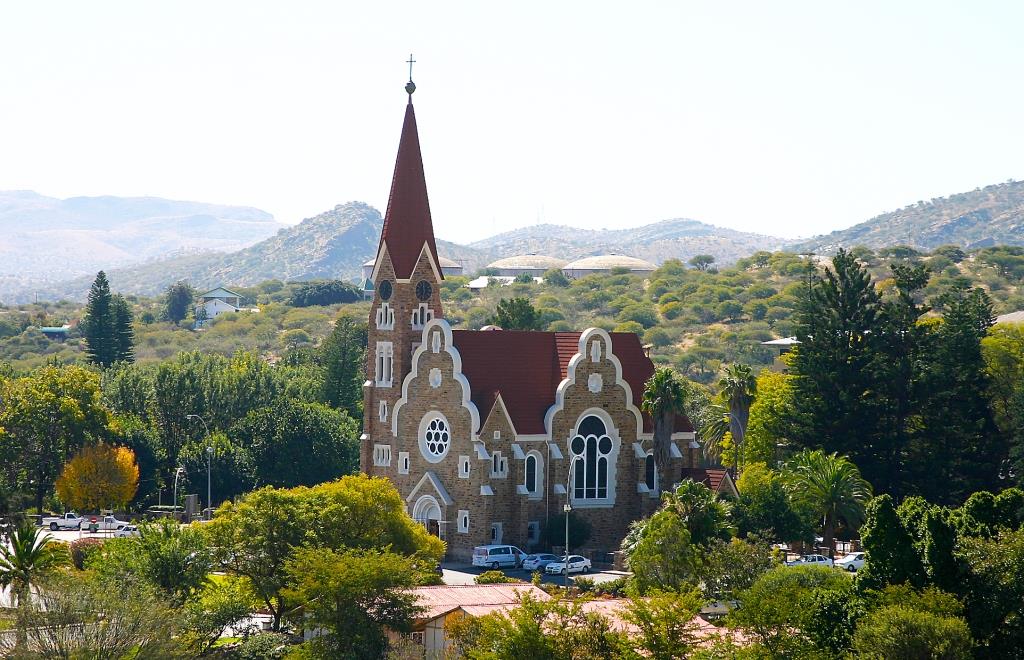 After arrival at the airport of Windhoek, pick up your rental car (Europcar category R, or similar) and drive to your accommodation in Windhoek. You will immediately notice that the roads are much quieter than we are used to in the Netherlands. Even driving in the capital is a lot easier! Keep in mind that there is a left-hand drive in Namibia. Click here for more information about driving in Namibia.

You stay one night at The Utopia Boutique Hotel, situated in Klein Windhoek.

You can explore the city on your own. We recommend having a drink during sunset in the Sky Bar of the Hilton Hotel in the center of Windhoek.

Here you can enjoy a beautiful view. If you like meat and can also appreciate a beer, we recommend you have a bite to eat in the iconic Joe’s Beerhouse, a cozy restaurant with a good atmosphere and a pub-like appearance. 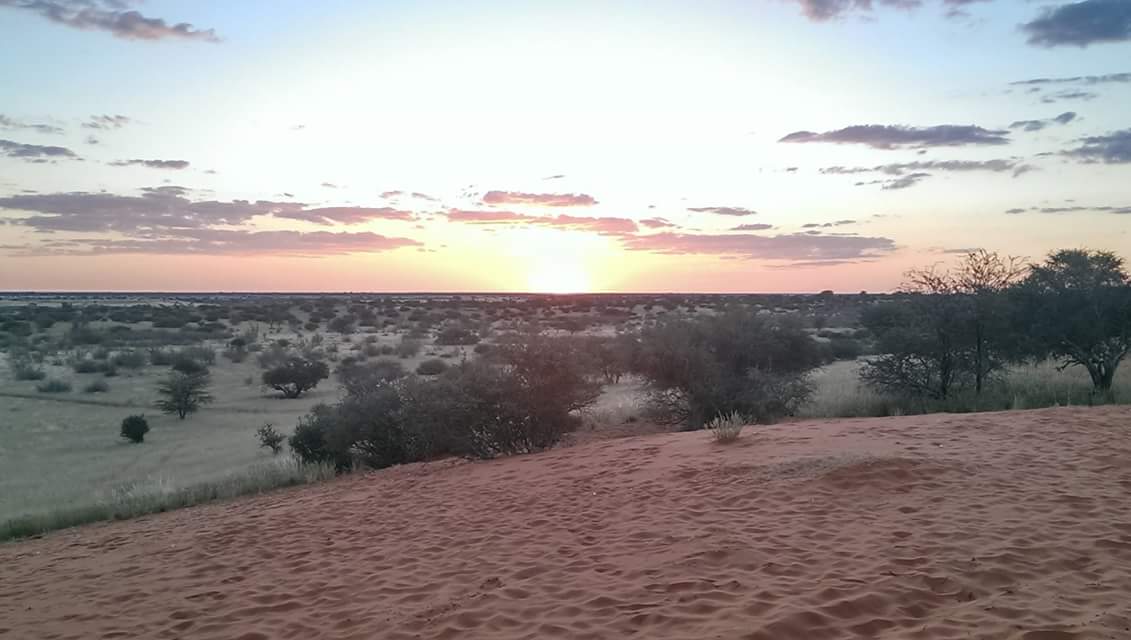 Namibia mainly has a desert climate and you will experience that today. You drive a long dry and arid route to the Kalahari desert. The only thing you see is the deserted road and the empty, vast landscape.You feel like you are all alone in the world! 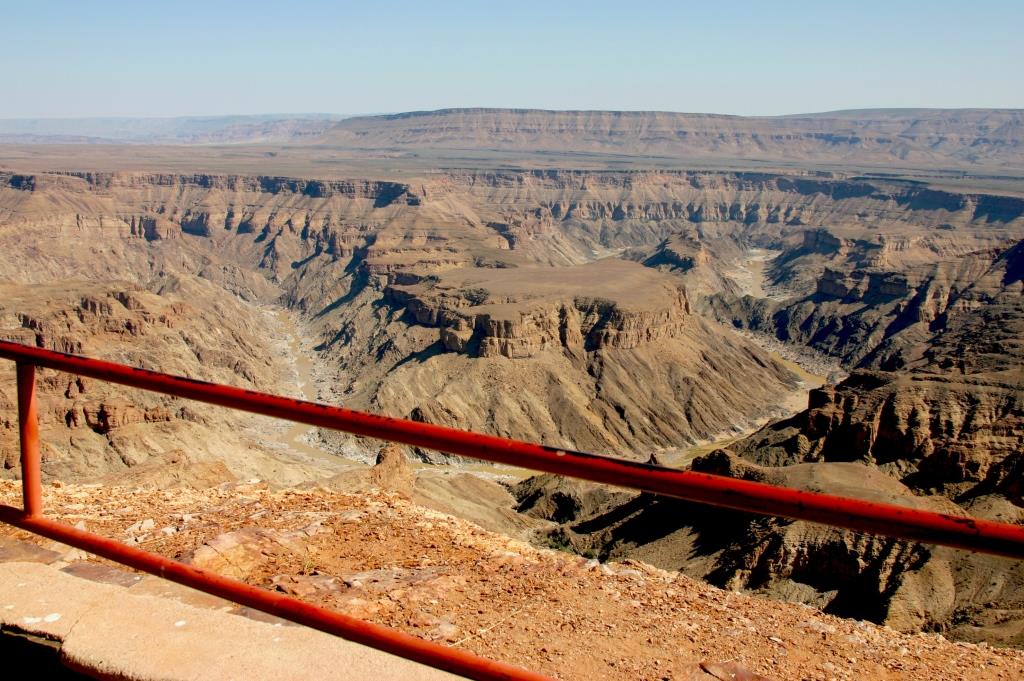 Again a long drive today. From the desert you drive all the way to the south of the country, to the spectacular Fish River Canyon! This is the second largest canyon in the world; only the Grand Canyon in the USA is bigger. The gap is no less than 160 km long, maximum 27 km wide and 550 meters deep! The viewpoints at Hobas are great for a day trip. Enjoy the view of the deep abysses.

The next two nights you will stay in the Canyon Lodge, located about 20 km from the Fish River Canyon. Make a short walk around the lodge here. You hear nothing at all here, with the exception of a fly and / or a bird every now and then! What an experience! 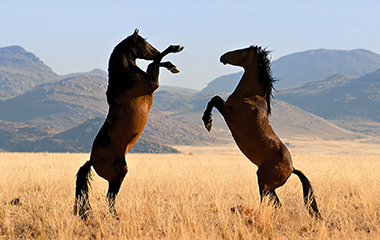 On unpaved roads you drive to the land of wild horses! The accommodation where you are staying the next night is called very appropriate Desert Horse Inn, named after the wild desert horses that live in the area west of Aus. These horses were probably originally from the German army during the First World War. A group of 10,000 soldiers and around 6,000 horses were stationed in Garub. According to sources, a bomb was fired near a group of 1,700 horses and many of them were not recovered and this is possibly the beginning of the desert horses as we can see them today. The horses have adapted perfectly to life in the desert and can live without water for 5 days!

From Aus you can also easily visit the ghost town of Kolmanskop and the coastal town of Lüderitz. 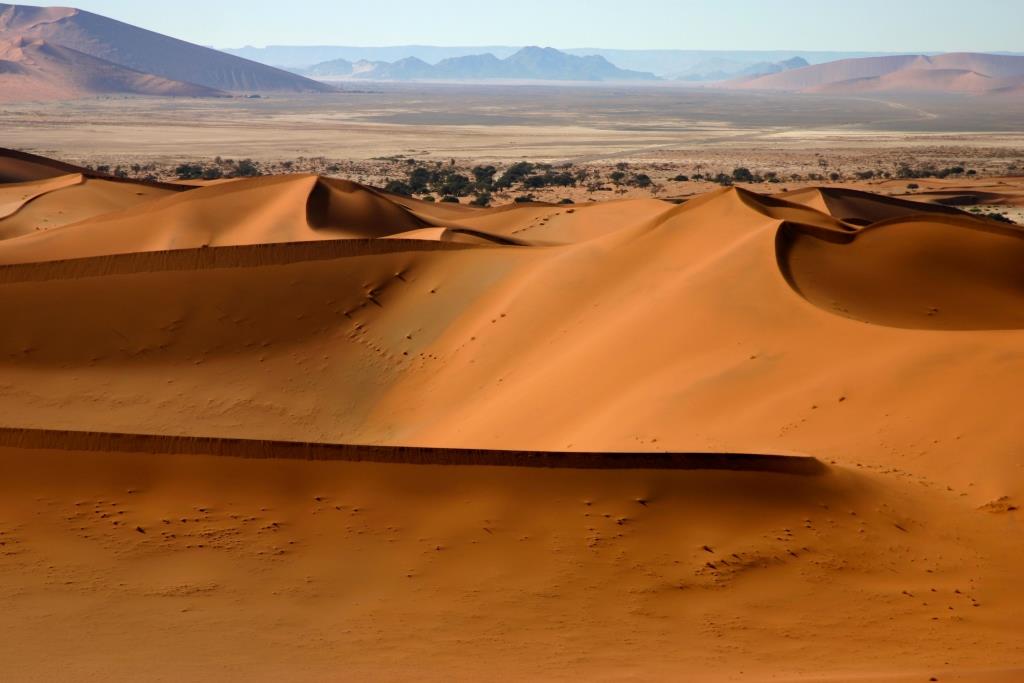 Again a long drive to one of the highlights of Namibia: Sossusvlei. Make sure you have a full tank, enough water and something to eat if you drive via the D 0707, a beautiful desolate route, towards Sossusvlei.

Sossusvlei is one of the most famous tourist attractions of Namibia. This is an area surrounded by red sand dunes. The most special is the Deadvlei, where dead acacia trees stand out beautifully against the white salt bottom and the red sand dunes. To get to Sossusvlei and Deadvlei, take the entrance at Sesriem. From here it is a 60 km drive on an asphalt road to the parking at Sossusvlei. From there you can continue with a 4×4 shuttle. The last part you can absolutely not drive with your own car, unless you have rented a 4×4 car and have experience driving through loose sand.

A walk through the Sesriem Canyon is also fun to do in the morning or at the end of the afternoon. The name ‘Sesriem’ comes from the number of belts that used to be needed to extract water from the 30 meter deep ravine (6!

You stay two nights in the Sossusvlei Lodge,

located next to the gate to the Sossusvlei. The big advantage of staying at this lodge is that you can watch the sunset at the Sossusvlei. See the dunes slowly change color as the sun rises. 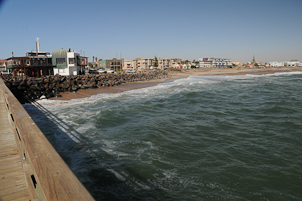 Today’s route goes through the Namib Naukluft National Park. Along the way you can stop at the Kuiseb Canyon, but not before you have tasted the famous apple pie from the bakery in Solitaire!

You don’t expect that, right in the middle of the desert! Here you also drive over the Capricorn Tropic (Tropic or Capricorn). Fortunately, a sign has been placed, because of course there is nothing to notice in the desert. But always nice for a photo stop!

Next destination: Swakopmund. A modern coastal town with German influences. If you want to know more about the history of this place and the area, you can visit the Swakopmund Museum.

The name Swakopmund refers to the mouth of the Swakop River that flows here into the Atlantic Ocean. Swakopmund is for Namibians and also for many South Africans a popular destination for the summer holidays (December-January) due to the climate. In the interior it is very hot everywhere while it is pleasant in Swakopmund because of the Benguela stream, which supplies water from the South Pole.Because of this cold current the water of the Atlantic Ocean off the coast remains cold and therefore not everyone will take a dip in the water during a beach day.

The pier is widely used by fishermen and in the evening it is a favorite place for couples to watch the sun go down in the ocean, preferably from the restaurant (Jetty 1905) that is located at the end of the pier.
Since Swakopmund is surrounded by the Namib desert, many local tour operators offer day trips to this surrounding area. For example, you can ride a camel, go quad biking or sand boarding on the huge sand dunes.
There are also opportunities for sightseeing flights, parachuting, boat trips and horse riding.

30 km south of Swakopmund, is Namibia’s third largest city and most important seaport. For tourists, the main attraction is the lagoon where seals, dolphins and special birds such as flamingos and pelicans can be seen.

You stay two nights in The Delight Swakopmund. 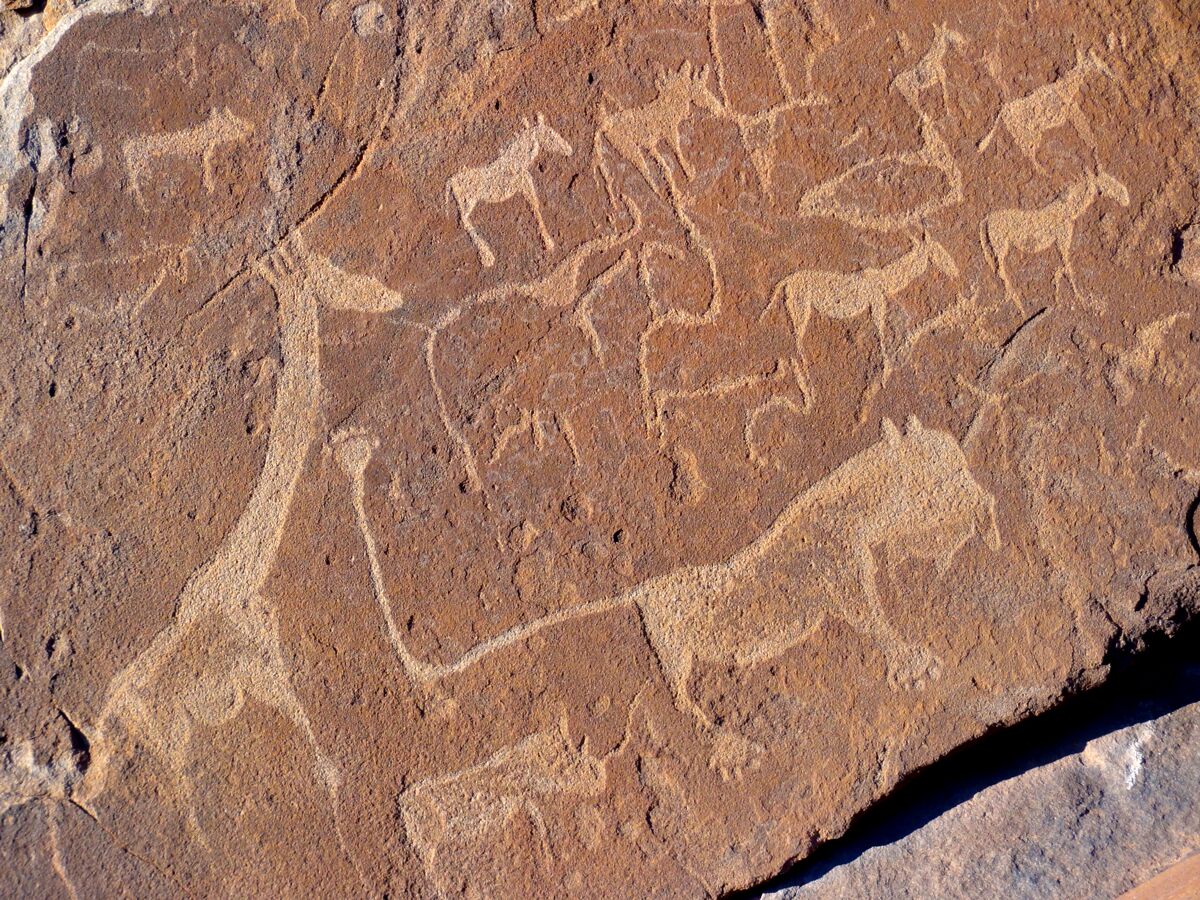 Nowhere else in the world can you find as many petroglyphs as in Twyfelfontein, namely more than 2,500 in this region! These rock drawings are approximately between 2,000 and 6,000 years old. Since 2007, Twyfelfontein is even on the UNESCO World Heritage List. Close to the rock drawings are a number of strange rock formations: the organ pipes. These originated 120 million years ago from volcanic rock. On the C39 road near Khorixas you will pass the Petrified Forest, the petrified forest. A guide can lead you past a number of large petrified tree trunks that were driven from Namibia to central Africa during the ice age. The trees are more than 250 million years old and some have a length of up to 30 meters. Your overnight address, Damara Mopane Lodge,is not far from here.

In Damaraland you have the chance to see the desert elephant, which of course is an ordinary elephant, but one that has adapted to special living conditions in the dry desert. 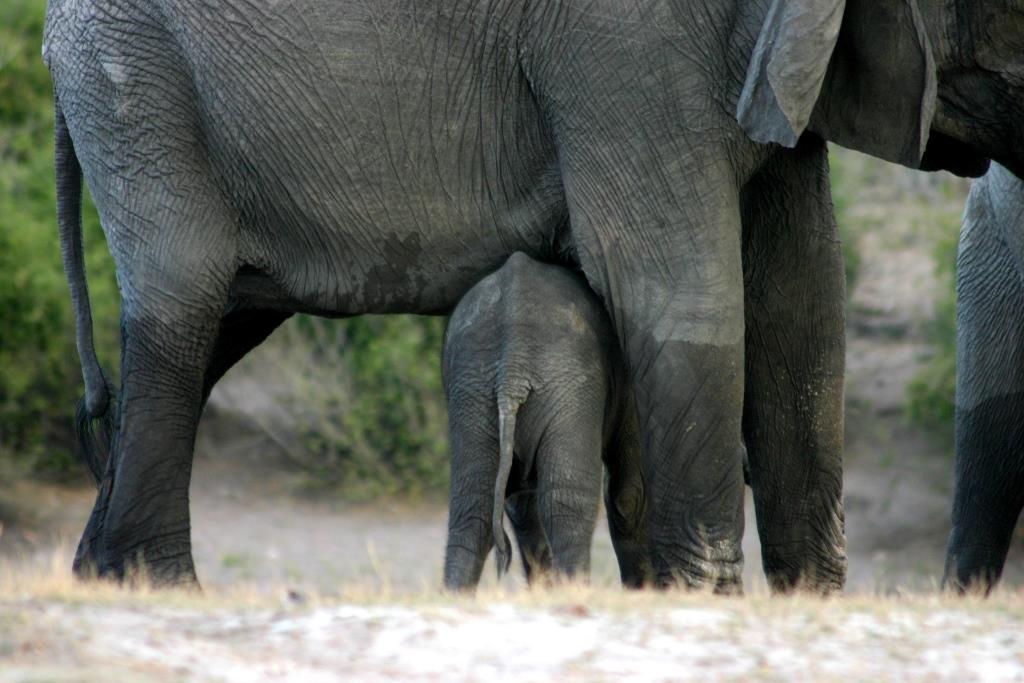 Etosha National Park is one of the largest and most famous game parks in southern Africa and consists for the most part of savannah with different grasses, trees and shrubs.

About 114 different species of animals live in the wildlife park, including different birds, reptiles and amphibians. In this park you have the chance to see elephants, white and black rhinos, lions, zebras, giraffes, wildebeest, leopards, cheetahs, impalas, kudu, to encounter jackals and eland.Watering places are generally good places to spot wildlife, but bear in mind that not all watering places in the park contain water all year round.

Etosha means “large white spot” and this refers to the salt pan that occupies around 25% of the park. The salt pan is so large that it can even be seen from space. The Kunune River once flowed into this place, but thousands of years ago the flow of the river changed and the lake slowly dried up.

Only in case of heavy rainfall, some water will once again be placed on the dusty bottom of the former lake covered with salt and clay. As soon as there is a layer of water, blue-green algae begin to grow, flock to groups of flamingos that form large breeding colonies.

The paths in Etosha are easy to walk on with a normal car; there is a (gravel) road network that leads to the camps and the various water places. Despite the good condition of the roads, sharp stones sometimes cause a flat tire. Please note that the gates of the park open at sunrise and close at sunset.

Etosha can be visited all year round for safaris, but the months of May to September are the best and the temperatures are more pleasant (18-25 degrees during the day, towards freezing at night). The hottest and wettest months are January to March.

Your first two nights in the Etosha National Park will be in the Okaukuejo Rest Camp that is dominated by a castle-like water tower, from where you have a beautiful view over the vast surroundings. From Okaukuejo you can easily explore the southwestern part of the park, including the Sprokies forest, or the peculiar Moringa ovafolia “upside down trees”.

You spend the third night in the central location Halali Rest Camp. 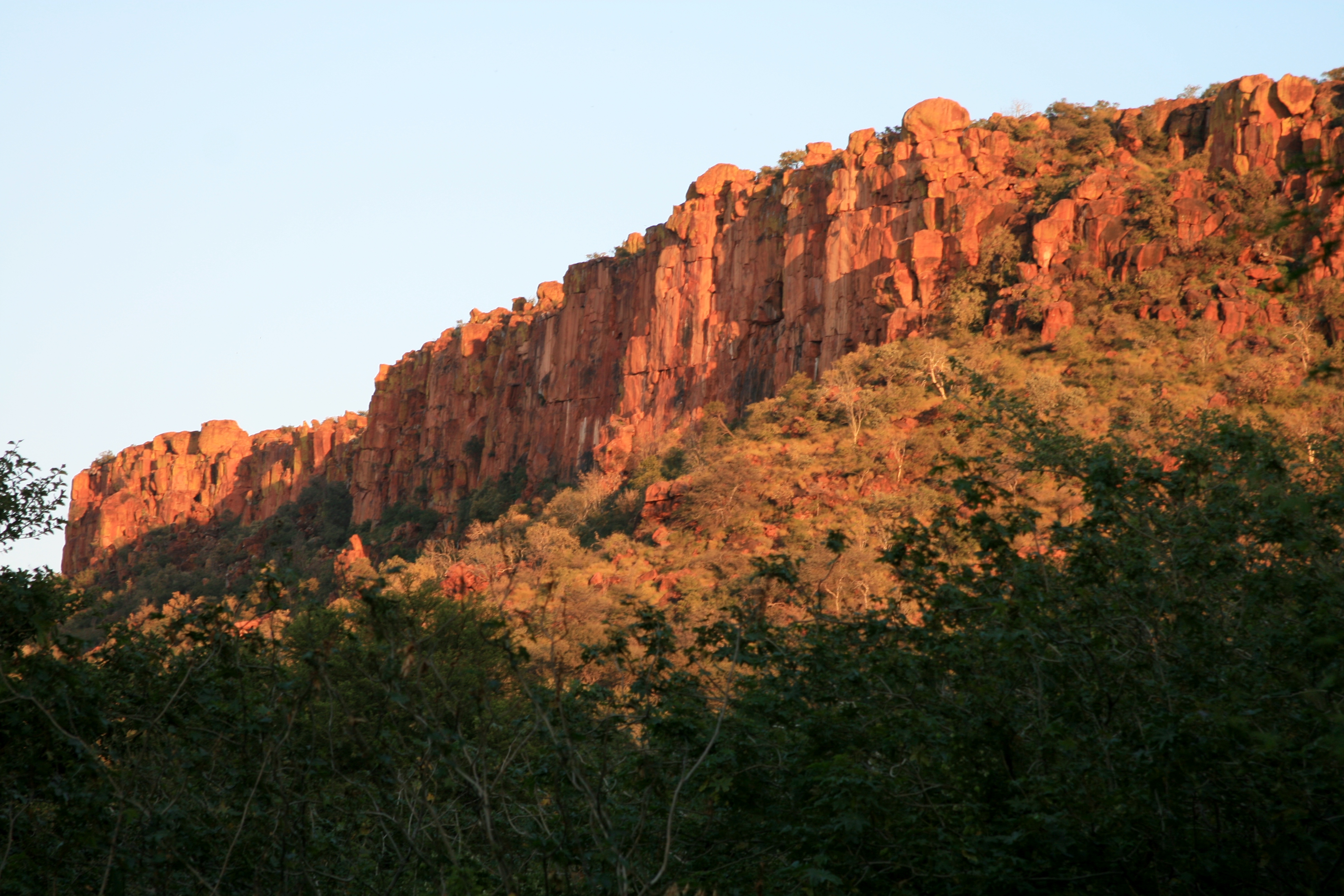 The last destination before you fly back home is the Waterberg Plateau National Park. The biggest attraction here is the ‘table mountain’ of no less than 50 km long, 16 km wide and 200 meters high! Also live here no less than 200 different bird species, the rare sable antelope, buffalo and black and white rhinos.

You spend the night in Waterberg Resort, located on the edge of the park. You can go for a walk or on a game drive. 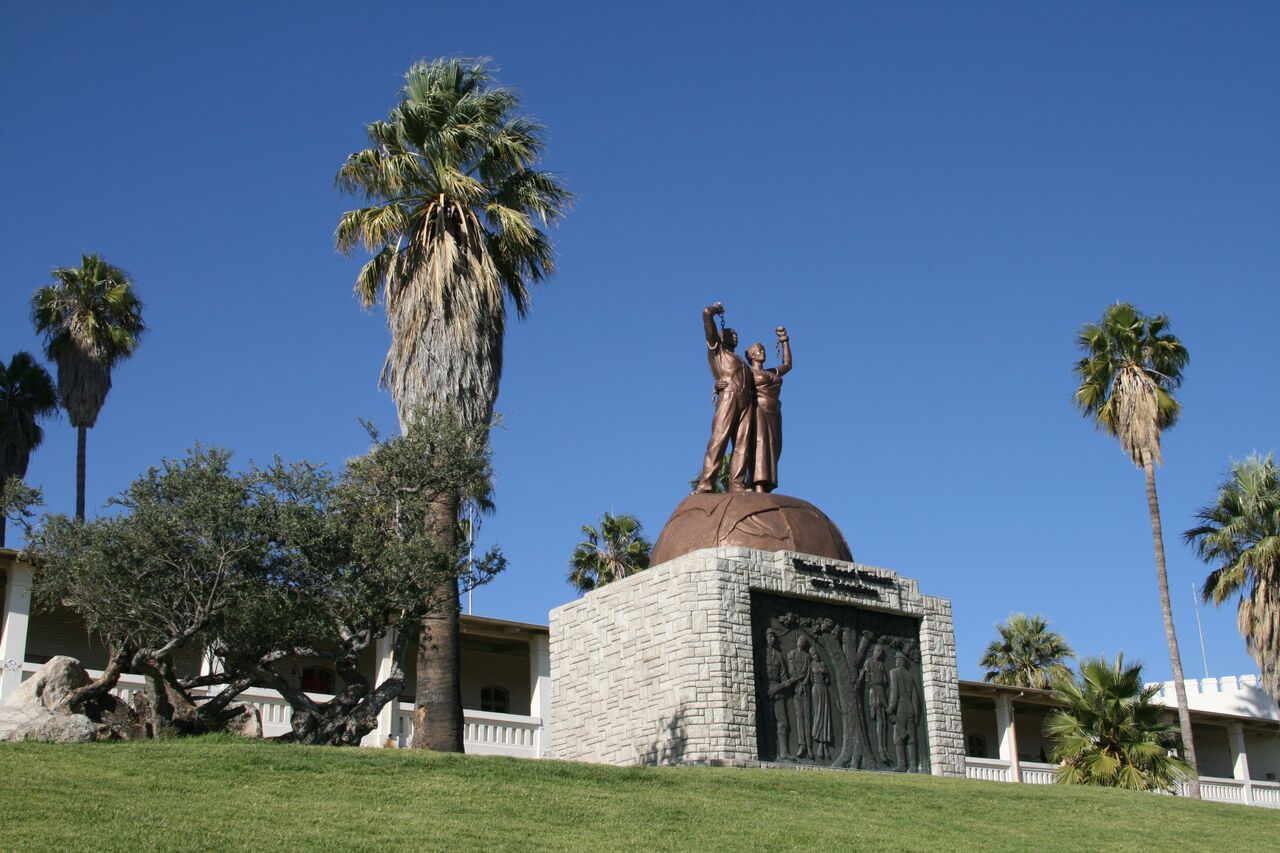 The end of your journey is in sight. Today you drive back to the airport at Windhoek and return your car. Then you fly back home.

Prices per person based on 2 travellers

Contact us for a proposal in case you are travelling with more or less travellers and/or kids.

All prices subject to availability and changes.

Contact us for a personal itinerary based on our travel parts

Travel through the Kruger Park, eSwatini and along the coast of Kwazulu Natal v.a. € 2659 / per person
Reviews
Trustpilot
Recensies
Well organised!

Just organised perfectly. While travelling we made a chance and this was no issue, nothing was too much to ask and I got assisted efficiently. I wouldn't know what they could do better, this is how it should always be. For my next trip, i won't look anywhere else than Zuid-Afrika Specialist.

Our trip with Rovos rail, hotel in Cape Town and transport from/to airport and station was perfectly organised. Everything was as it was supposed to be and we had nothing to worry about. Between the booking and the trip they kept in touch and advised on possible excursions and activities in Cape town for our trip.