We have rented the car for 15 days and have driven some 3400 km. The nice thing about our trip was that we didn't make any bookings and were driven away in the old fashioned way. 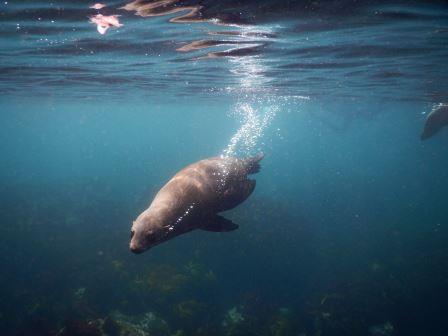 We had a very nice holiday. Let’s start with Hanneke who helped us very well in putting together the trip.

She had good ideas and always responded quickly to the mail. Very nice! Travel distances were fine and all accommodation was good to very good.

When we arrived in South Africa we had a nice big car. The car was high on the wheels. Both for the greffel roads and with animal spotting this was nice.

We started in Madikwe. We think this is one of the nicest parks. We had a super good guide and the park is not that busy. We started very spoiled the big five and a large group of wild dogs with puppies and cheetahs.

Welgevonden was the next destination. With a very nice room, the park / vegetation was also very pretty. We have seen so many rhinos here really great. We found the vegetation of the park very beautiful. Guide was also very nice and was also enthusiastic. We had already seen a lot so when we asked if we could follow the 2 cheetahs for a while (waiting for them to continue) that was no problem. Here too it was not very busy, we had the cheetahs an hour to ourselves. Tzaneen was our next destination en route to the Kruger Park. Great place for an overnight stay. Traveling in the Kruger Park from north to almost south was super beautiful.

The different vegetation and animals that we had seen. In Punda Maria restcamp we had a really great house. In Mopani we had a fantastic view from our house.

In Satara we were transferred to 2 houses because rain had fallen and many houses were no longer as watertight. Nicely arranged all in the actually all San parks. We did not know in advance whether the Kruger Park would be very busy, but it was not that bad.Only in the early morning when the campsite opens for the Gamedrives is it busy on the main roads (in the middle of the park really very busy), but otherwise we found it not too bad. We had a group of wild dogs first for ourselves and then with 3 cars and also the lions outside the asphalt road were not that busy. 2-3 cars. The many elephants were very impressive really very beautiful. Then Sabi Sand again a nice place, a good guide, we have seen here every game drive 1 or more leopards both during the day and with the evening safaris. You notice that they really go for the big five here and don’t really stop for the little stuff. After all the safaris we went to Hazeyview. Hanneke has chosen a great place for us here. Super nice house and great people whose log is. Very friendly and helpful and they know everything about the area and give tips where you can eat, safety everything. Really very personal. We had beautiful weather and the panorama route was fun to do again. We also visited all the beautiful waterfalls. You really need two days.

Swaziland is another area very nice for cycling and walking. We stayed in Mliliwane beautiful cottage. We also visited Malolstja, we thought that park was actually even better for walking. Heavier …. nothing is flat. After this it was time for safari again. We went to Rhino river lodge. Again a super nice house and the food was great (made delicious vegetarian food).Again a place with a lot of personal attention and service. Safaris were again very beautiful. Highlight a lion with four cubs of 6 weeks old that were just visible.They appeared 1 by 1 and then Mother Lion. They played 45 minutes in the car. Great and also the guide was so enthusiastic. We saw a leopard at the Nigth drive. really close to the car that was still a nice end to the day. Hluhluwe was again the next destination with many highlights (many rhinos, elephants and hunting lions).

A domestic flight from Durban to Port Elizabeth was a good idea from Hanneke. We were already in Addo NP at 8.30 am. We had a very good time there. Many elephants and again lions with young. We had spotted this ourselves and we had 45 minutes for ourselves. We found this park beautiful with the many elephants but a busy park. Cottage was nice but unsuitable for 3 people (sofa bed was really in very bad condition).

We arranged the rest of the vacation ourselves. Another tip for you we went to the Hoop NP. We thought it was a super nice park with all the fynebos, colorful goats and mountain zebras. We stayed at Potteberg Guest farm and this is highly recommended. Beautiful house and the owner and owner are super friendly and welcoming. They also had many tips and you can also hope in via potteberg and that is even better. We have seen a large group of rare Cape vultures great. We also thought you saw many birds in the outback of South Africa.

We have ended in Cape Town. What has this town become busy ….. We have done the highlights (very nice weather so table mountain was beautiful again) and have continued again. We recommend snorkeling with sea lions from Houtbay). We all arranged that through bucket list adventure. We arrived without having booked.

In short, a successful holiday.

We had a fantastic honeymoon !! Great from start to finish !!