We are very happy that we did not opt for our own car, because we certainly could not have returned it without damage due to the many ramps, left-hand drive and the high curbs for parking. 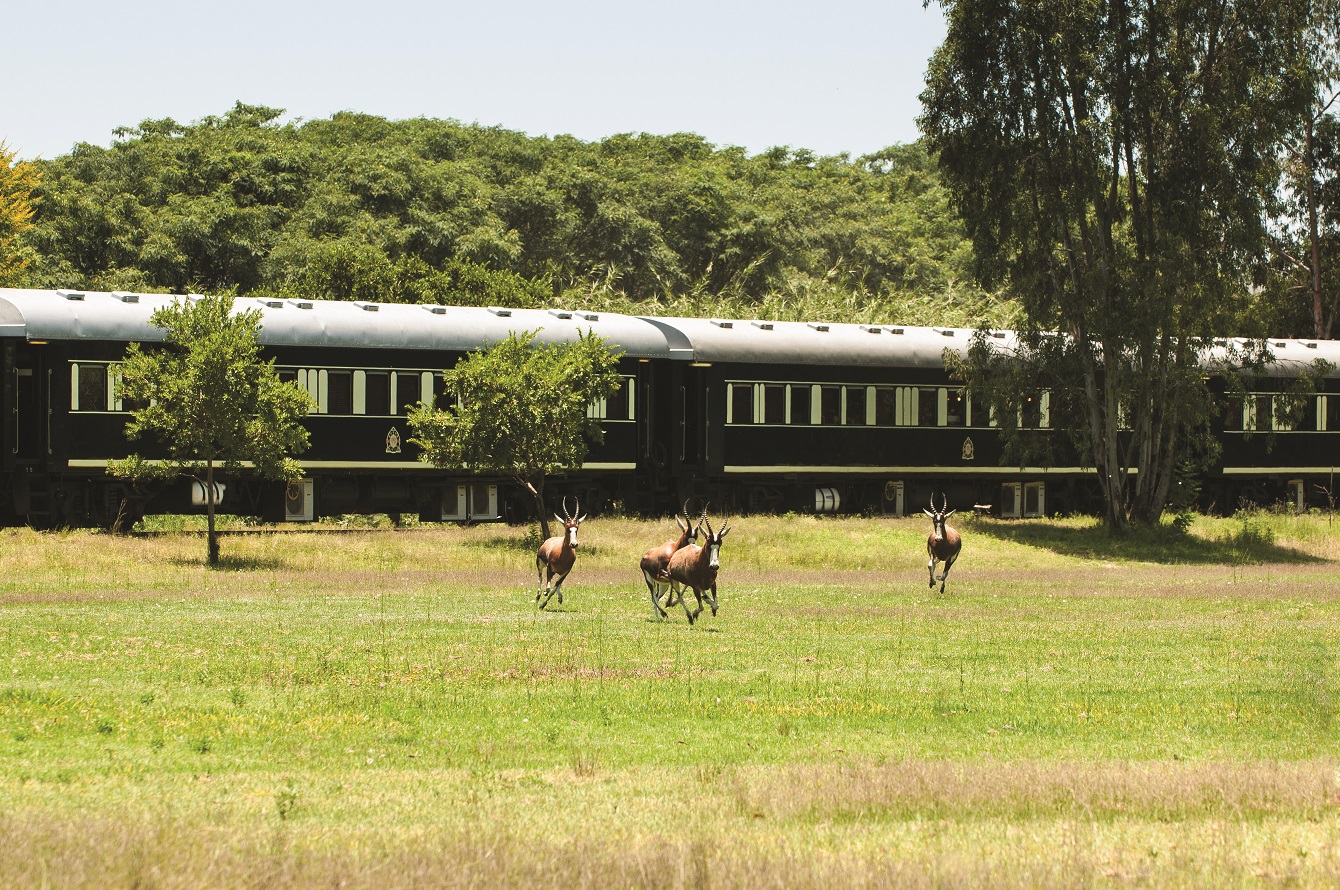 Thank you for your “welcome home” from a few weeks ago.

My Africa train journeys have become a true experience for me. In chronological order I want to send you a short description of my routes.

With the comfortable A-380 from Emirates, I flew from Schiphol to Dubai. There I had a 2-day stay at the Premier Inn Dubai hotel arranged by myself near the airport. The first day I went on a desert safari with barbecue and the second day I arranged a city tour with: boat trip, market visit, beach visit near the Burj-Arab, visit one of the palm islands off the coast, visit to the Dubai mall with water fountain show and a visit to the tallest building in the world: the Burj Khalifa.

Then I flew with Emirates to Cape Town over Saudi Arabia via the east coast of Africa. In Cape Town I was picked up by your agent and taken to my free night at the luxurious St James Manor in the coastal town of St James on False Bay. The next day I made an exciting city tour in Cape Town and did a ride in the vertical wheel near the city harbor.

Towards evening I was welcomed at the train station by the owner of Rovos-Rail, mr. Rohan Vos, and I met our guides and accompanying team for the 15-day train journey with the Shongololo express (Shongololo = centipede) to Pretoria. The route followed was via Worchester, Oudtshoorn, detour via Port Elizabeth, Middelburg, De Aar, Kimberley, Bloemfontein, Ladysmith, Durban, kingdom of Swaziland and Nelspruit.

During this trip I enjoyed the passing landscape and the excellent service on the train. During the day there was always an excursion: a few visits to wine farms, a visit to an ostrich farm, various visits to museums and memorial sites of the Anglo-Boere war and the Voortrekkers legend. There were also exciting Game drives on the program, such as Hluhluwe Game Reserve and the Kruger Park, where we met the Big Five and various other animals. I was also allowed to visit the former gold finding place “Big Hole” and take a beautiful bus ride through the Drakensberg along the 3rd largest natural gorge in the world and a walk to the natural wonder “Potholes”. In Pretoria I was allowed to take a bus trip to Soweto and see the Mandela house, after which I had to say goodbye to my international travel companions.

After my free night in a Courtyard hotel suite, I took a private walk to the University of Pretoria and looked at various sports facilities there.

After another night at the Courtyard, I was taken by your agent to the Rovos-Rail complex, where I was once again welcomed by Mr. Rohan Vos. After a tour of the workshops where the renovations of his train wagons etc. take place and a visit to the Rovos-Rail museum I was waved goodbye to the 4-day train trip to the natural wonder that Victoria Falls is called in Zimbabwe. Along the way I was allowed to take a village walk in Gwanda and enjoy a 3-hour game drive in the Hwange National Park.

In Victoria Falls I was picked up by a Zambezi Crescent employee from Zambezi National Park and after a ride in a Land Rover and a boat trip on the Zambezi River I was taken to my last place of residence during this exceptional trip. During my stay at the River Lodge in the natural surroundings I have been able to enjoy a luxurious place to stay and good cuisine. During my two-day stay, a boat trip on the Zambezi River and a game drive at sunrise were included, during which I was able to experience a special encounter with a hippo on land. Furthermore, my journey led to the literal “high point” of this journey; namely a helicopter flight over the Victoria Falls and surrounding area. I was also allowed to take a walk along a large part of the Victoria Falls.

At the end of an exciting journey and excellent end to this unforgettable journey, I was taken to Victoria Falls International Airport for my return flight with British Airways to Johannesburg and Emirates flights via Dubai to Amsterdam.
Dear Arthur along this road I want to thank you very much for the perfect way in which you made this journey possible. I would like to express my gratitude to Hanneke Hermans for adapting this trip to my wishes.

Warm greetings from a satisfied customer and maybe until next time,

PS. During my 2-day stay at the Courtyard in Pretoria, I was approached by a taxi driver after the first night to be taken to the Rovos-Rail train station. This turned out to be 1 day early. The result was that no taxi showed up the next day. With the help of the receptionist at the Courtyard, this has been resolved and all travel components have been executed in a perfect manner, for which I again thank you.

Everything was arranged perfectly and everywhere it was well looked after and everyone was extremely friendly. We will certainly advertise your organization.